“Fox Village”? Where is it?

“Fox Village” is located in the north part of Japan. Approximately 250 foxes of six species are reared, of which more than 100 are grazed in widely enclosed forests of the village. Can you imagine it? I present the detail of the village.

[Picture of the Entrance] 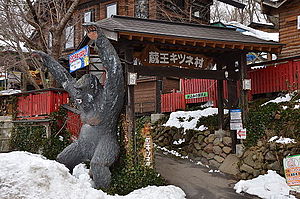 How to Go there?

This village is located at an altitude of about 590m in an area called Minami-Zao, Miyagi Prefecture.

Many kinds of Fox is in the Village

The following is the list of foxes which the village have.

Although wild foxes are likely to be infected with Echinococcus, all foxes in this village are artificially bred no one come from wild, and foxes are regularly administered anthelmintic agents and sterilized and disinfected in the facility. Prevent oral infection with echinococcal disease.

You can Hold a Fox in the Village!

Apart of the grazing area, there is also an area where you can directly embrace the indoor breeding of echinococcus-free foxes, which is considered to be a rare experience in the. In addition, you can experience holding a fox after winter about from May.

Fox Hidden Habit, do you know?

The fox, which look slender in the summer hair season, becomes a so fuzzy in the winter hair season and attracts tourists, so even it is difficult to access the village in winter when it is covered with snow, it is open all year round without closing for tourists all over the world.

Internships can Learn about Fox in the Village

The park also has educational facilities and accepts internships and hands-on training for students. Since fox sightseeing grazing facilities are rare, trainees are gathering from all over Japan.